In 300 BC, a Greek merchant named Zeno was shipwrecked on a trading voyage. After losing everything, he went to Athens where he began a philosophical movement that lasts to this day.

Following his immense personal loss, Zeno began to study philosophy as a way to overcome personal suffering. After spending years writing about both his misfortune and subsequent acceptance of it, he began to gain a following in the city. As gatherings became larger, Zeno needed a public place to meet with his disciples. He moved his regular meetings to what would later become known as the Stoa Poikile (STO-ah POY-keel-ee), which translates to “covered walkway.”

Stoicism flourished for 500 years in ancient Greece and Rome, where it was practiced by people in all walks of life. For the next two millennia, Stoicism would prove to be an adaptable philosophy, the core tenets of which have been absorbed by later religious and philosophical movements, including Christianity.

The early Stoics wrote thousands of books but only fragments survive today. Most of what we know of Stoicism comes from the writings of three Stoics who lived under the Roman Empire: Seneca, who was a playwright; Epictetus, a freed slave who became a famous teacher; and Marcus Aurelius, one of the “Five Good Emperors” of Rome.

In antiquity, Stoicism attempted to understand the world in three major areas:

Because modern science has answered many questions about the nature of energy, matter, and the universe through the objective lens of the scientific method, Stoic physics is a branch of the philosophy that is effectively obsolete. Modern Stoics, including the Philadelphia Stoa, tend to focus primarily on ethics and logic.

What is the Goal of Stoicism?

That depends on what you, personally, are aiming to achieve with it. Generally, we see Stoicism as a philosophy of life grounded in the concept that virtue, or excellence of character, is the highest good. The happiness valued in Stoicism is eudaimonia, a Greek word meaning something similar to flourishing, wellbeing, or a life worth living. Our happiness, or eudaimonia, depends on whether we have and use the Stoic virtues rather than on things falsely credited as forming the basis of happiness such as wealth, health, and status. Stoicism regards these things as having value when used wisely, but they are not necessary for happiness.

Foundational to Stoicism is the principle that we don’t control the world around us, but we control our responses to it. When we respond to events in the world with the cardinal virtues of wisdom, moderation, courage, and justice, we live the best kind of life available to a human being and move closer to eudaimonia.

It is important to recognize the difference between someone who is stoic (with a small “S”) and one who is a Stoic (with a capital “S”). Being stoic refers to the personality trait of being unfeeling, non-reactive, and suppressing emotions. A Stoic on the other hand is an adherent of the philosophy of Stoicism, a whole way of life and set of ethical values. Stoicism does not advocate suppressing emotions. Stoics especially value healthy emotions such as joy, serenity, and love.

As for unhealthy emotions such as strong anger, fear, and hatred, Stoicism advocates acknowledging such emotions, reflecting on the negative thought patterns that produce them, and redirecting the irrational thoughts to healthier thoughts that enable more effective responses to situations. In this respect Stoicism is similar to cognitive behavioral therapy (CBT), a scientifically-validated and highly successful modern psychotherapy. CBT founder Aaron T. Beck has acknowledged being influenced by Stoicism, citing the Stoic principle that it is the meaning people give to events rather than the events themselves that affect them.

Unlike modern academic philosophies, Stoicism is a practical philosophy of life for guiding people in living well. So, in addition to learning theory, Stoics engage in exercises and practices to remind them of how to act in everyday life and master the Stoic virtues. Stoics train to develop the ability to think critically, objectively and logically; accept the world as it is and focus on what’s in one’s control; and act well towards others and in the world. Training involves practicing any number of exercises including premeditating on adversity, contemplating other’s virtues, and meditating at night on what they did well during the day and what they could improve on.
Get in touch 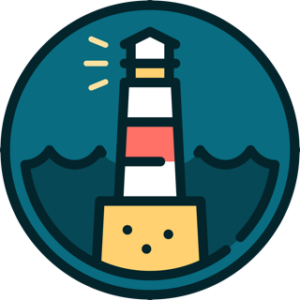